In the late 1990s, Clay Stewart, founder and CEO of CSI Erosion, had concerns about the number of seasoned managers who were leaving his employer, a retail grocery giant. Realizing a career move was imminent, he asked his father-in-law, a veteran in commercial construction, about trends in building. Their conversation led Clay to a developer, who wisely predicted, “Erosion—that’s going to be big!”

Establishing CSI Erosion in 1999, when local and federal authorities were just beginning to enact environmental protection regulations, proved ideal timing. Clay remembers calling on a builder who said he didn’t need any “silk” fencing and hearing from the prospect only two weeks later that he suddenly couldn’t get a permit without having the silt fence in place.

Business boomed as development throughout North Georgia exploded through the early 2000s. When the economic downturn impacted the housing market in 2007, CSI seized the opportunity to diversify with the addition of site compliance services. They further assembled a top-tier leadership team by hiring talented individuals who had been laid off. Above all, Clay and his team attribute their success to rock-solid core values that are featured first in the employee handbook: being trustworthy, having a wonderful attitude, never doing the minimum, working towards longevity, and being innovative.

Positioned to grow nationwide, CSI now serves production builders, residential developers, and commercial developers throughout the Southeast—Georgia, North Carolina, South Carolina, Tennessee, Florida, and Alabama. In addition, as Clay expresses, the company readily accommodates customers with erosion and site compliance needs that entail “anything larger than an acre of dirt.”

CSI operates with a service-minded attitude and faith-based principles. Each decision reflects an intention to raise up fellow employees and clients so everyone flourishes, while individual actions should create a positive ripple effect. As that ripple widens, the CSI’s core values will remain in place.

Let us help with your next project.

CSI Erosion is a proud member of numerous organizations, including the International Erosion Control Association (IECA), the Greater Atlanta Homebuilders Association (GAHA), and our local chambers of commerce. 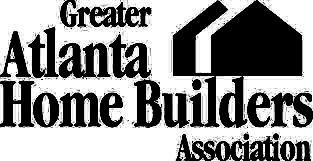